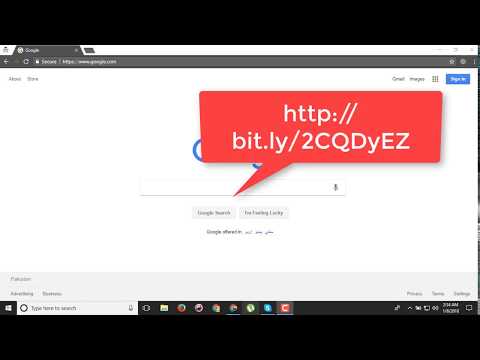 Harmony Protocol
What is Harmony?
Harmony is a sharded blockchain, similar to Ethereum 2.0, but with several differences e.g. randomness algorithm, consensus mechanism and etc. Currently, Harmony mainnet contains 4 shards and a total of 1,000 validator nodes. Out of the 1,000 nodes, 680 of them are operated by Harmony team and 320 of them are operated by external validators including our foundational node runners.
The 4 shards are indexed with 0, 1, 2, 3 respectively and shard 0 is the beacon chain. Right now, the nodes in shard 1, 2, and 3 are synchronizing and maintaining an updated copy of shard 0 (beacon chain) in preparation for the upcoming features such as cross-link verification and staking.
Reference: https://nodes.harmony.one/harmony-overview/mainnet
Why sharding is key?
To solve the scalability problem without sacrificing security and decentralisation.
“Given Ethereum and Bitcoin’s performance limitations, many blockchain projects proposed various solutions that attempt to increase transaction throughput. Various blockchains proposed to replace Proof-of-Work (PoW) consensus with Proof-of-Stake (PoS) consensus. Other blockchains like EOS use Delegated Proof of Stake (DPoS), where block proposers are elected by voting rather than by an on-chain algorithmic process. Projects like IOTA replaced the chain-of-blocks data structure with a DAG (Directed Acyclic Graph) data structure, which breaks the limitation of sequential processing of transactions.
However, these proposed solutions cannot make significant performance gains without sacrificing other critical aspects, such as security and decentralization. The scalability solution that both preserves security and decentralization is sharding, which creates multiple groups (i.e. shards) of validators and lets them process transactions concurrently. As a result, the total transaction throughput increases linearly as the number of shards grows”
Reference: https://harmony.one/whitepaper.pdf
Current status?
Mainnet with 4 shards launched in June 2019
Mainnet token swap with exchanges ongoing
Open staking on testnet
Reference: https://medium.com/harmony-one/harmony-milestones-2020-1-highlights-and-lowlights-36dea37a271b
Competitors?
Ethereum
Eth 2.0 Phase 0: Launch of Beacon chain for POS with no smart contract functionalities (expected 30 July 2020)
Eth 2.0 Phase 1: Launch of shard chains with verifiable delay functions (unknown timeline)
Eth 2.0 Phase 2: eWASM new Ethereum virtual machine for sharded blockchain (unknown timeline)
Eth 2.0 Phase 3: Continued improvement e.g. cross-shard transactions, light-weight clients, super-square charting and closer ties (unknown timeline)
Optimistically speaking, you can probably get the official launch of phase 1 by mid/end of Year 2021.
Reference: https://www.bitcoinsuisse.com/outlook/ethereum-and-its-transition-to-ethereum-2/
Reference: https://medium.com/swlh/a-comprehensive-view-of-ethereum-2-0-serenity-5865ad8b7c62
Reference: https://docs.ethhub.io/otheethereum-2.0-ama/
Other competitors like Elrond and Multivac still do not have their full mainnet launch with their own blockchain tokens.
Technical analysis?
Satoshi level remains consistent at 60+ sat level. Accumulation at this level for already close to 7 weeks. Lowest low is around 52 sat. No pump yet as it is largely neglected while other coins are pumping massively.
Token details
Current Market cap (CMC): $30m
Current price: 0.006048 (around 1.9x from IEO)
IEO price: 1 ONE = 0.003175 USD
Current supply: 4,977,696,588 (see link below)
Unlock schedule:
https://docs.google.com/spreadsheets/d/143qpsVaezh9sY_pDhNK-cffwgEdRojWa38-rqBwKI7c/edit
Max supply: 12,600,000,000
Assume fully diluted market cap (DMC): $76m (12,600,000,000 x 0.006048)
My target market cap: $300m (to match platforms like Qtum, ICX, vechain) (10x from current CMC) (4 x from DMC). Key catalyst that may propel token price to this market cap would be (speculative):
Conclusion
Sharded blockchain is complex and no project has managed to implement network, transaction and state sharding. Harmony will be the first working sharded blockchain to do so as compared to the unknown timeline for Eth 2.0 Phase 1.
Harmony is a team of infrastructure engineers in Silicon Valley, now with 4 PhD’s, 8 ex-Google/Amazon/Apple/Facebook, 2 Harvard MBAs, and Stanford/Berkeley AI graduates (reference: https://medium.com/harmony-one/welcome-9-new-harmonauts-to-team-24d71ee8d79b). I believe they have the experience, brains and technical competency to roll out the sharded blockhain.
As mentioned by one community member, “The advanced test beds leading the way before the established chains, this will attract more developers, interest and investment.”
With its first-mover advantage, I am excited to see how this platform will influence the adoption of blockchain technology by other companies.
Disclaimer: I did not take participate in the IEO. Recently bought a small amount at 60 sat. Never invest money that you cannot afford to lose.

The current Bitcoin (BTC) price is $10,288.06. The Bitcoin (BTC) marketcap is $190.45 B. The price is -2.08% down in last 24 hours. Bitcoin’s surprising sudden uptrend has caused a lot of shifts to take note of. Perhaps the biggest development is how the Binance Coin price successfully claimed a new all-time high for the second time in three days. One has to wonder how long this momentum can remain in place, though. Contents. 1 A New Binance Coin All-time High; 2 BNB/BTC Technical Analysis; 3 BNB/USD Technical Analysis ... Key Support Levels: 2300 SAT, 2250 SAT, 2200 SAT. Key Resistance Levels: 2350 SAT, 2400 SAT, 2465 SAT. XRP is also performing well against Bitcoin after it bounced from 2200 SAT yesterday to break above a 2-month-old falling trend line and reach the resistance at 2350 SAT (bearish .5 Fib Retracement). The following 4HR chart shows the reaction ... Bitcoin mining hashrate. The technical definition of hashrate is the estimated number of terahashes/second performed by the Bitcoin Network in the last 24 hours.. The key point about hashrate is that it’s a measure of the processing power of bitcoin’s decentralized network and the speed of solving the cryptographic puzzles to win block rewards. XVG presumably supposed to retrace to 500-550 sat before the 1st of May, or it will be released from the 5th pair of arches. BitcoinOver the past seven days, Bitcoin dropped by a total of 2% as it currently trades around the $10,500 level. The week was pretty interesting after it rebounded from a 6-month-old rising trend line last week. After bouncing, it continued higher to reach as high as $10,900 at the start of October.Unfortunately, Bitcoin failed to break resistance at a falling trend line, and it rolled over ...